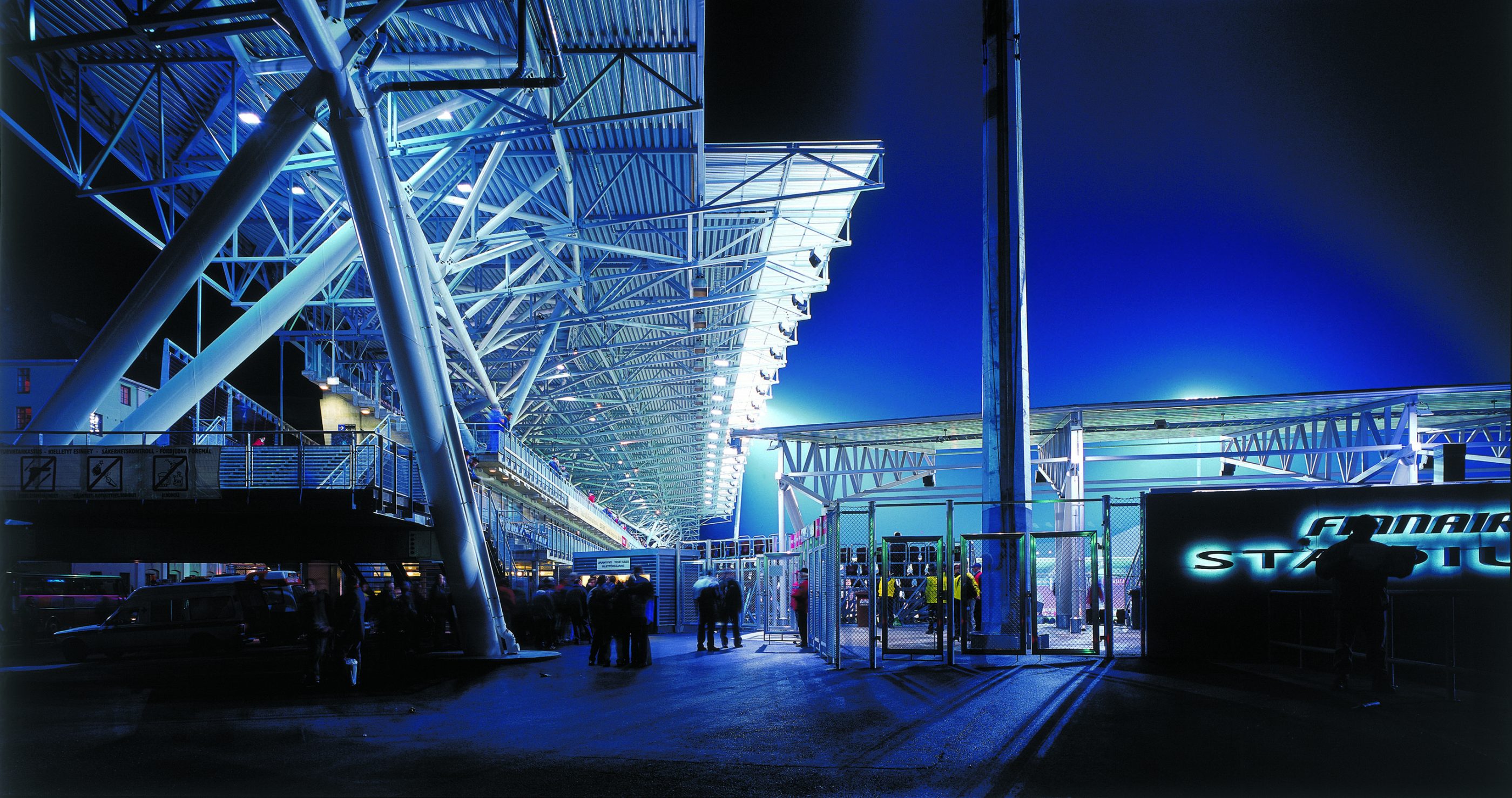 The Töölö football arena in Helsinki – nowadays known as the Telia 5G arena – was built between 1998 and 2000. Construction was preceded by an open architectural competition, which was won by Atelier 23, a Finnish-French bureau. The project was financed by the City of Helsinki, the Finnish state and the private sector. The project was led by businessman Hjallis Harkimo. The stadium’s principal and architectural designers were Ritva Kokkola and Olivier Lemarchand. A key architectural element in the cityscape is the curving steel roof over the main stand, for which the structural design was prepared by Heikki Järvinen, M.Sc. (Tech.). The roof is a demanding structure due to its long spans, and it weighs 700 tons. The stadium’s other structures are made from reinforced concrete. In spring 2017, KVA Architects Ltd drew up plans to develop the southern end of the stadium.

Overhaul of the south stand and renovated offices for the Football Association of Finland. HJK, the football team that operates the stadium, wanted to develop, diversify and expand its operations by improving its services. A new steel-structured, 620-seat VIP stand will be built on top of the existing lower stand. A large contiguous space is located behind it, housing a sky bar and seminar facilities. The spaces are connected to the existing boxes by a bridge. When the extension is complete, the gross floor area of the south stand will be approximately 6,000 m2.